My views on the NHS in Cornwall, it needs to be public and funded

My piece in the Cornishman on the question of the NHS answering the following question.

“What are your views on the future of NHS services in Cornwall
and how they are funded?”

The NHS is a great institution, I’m sure myself and many of us, have relatives that would not be

alive without the NHS and it’s dedicated nurses and doctors. Yet our health system is under

threat from 2 angles underfunding and privatisation.

For decades the Cornish NHS has been underfunded. This has resulted in things like the closure 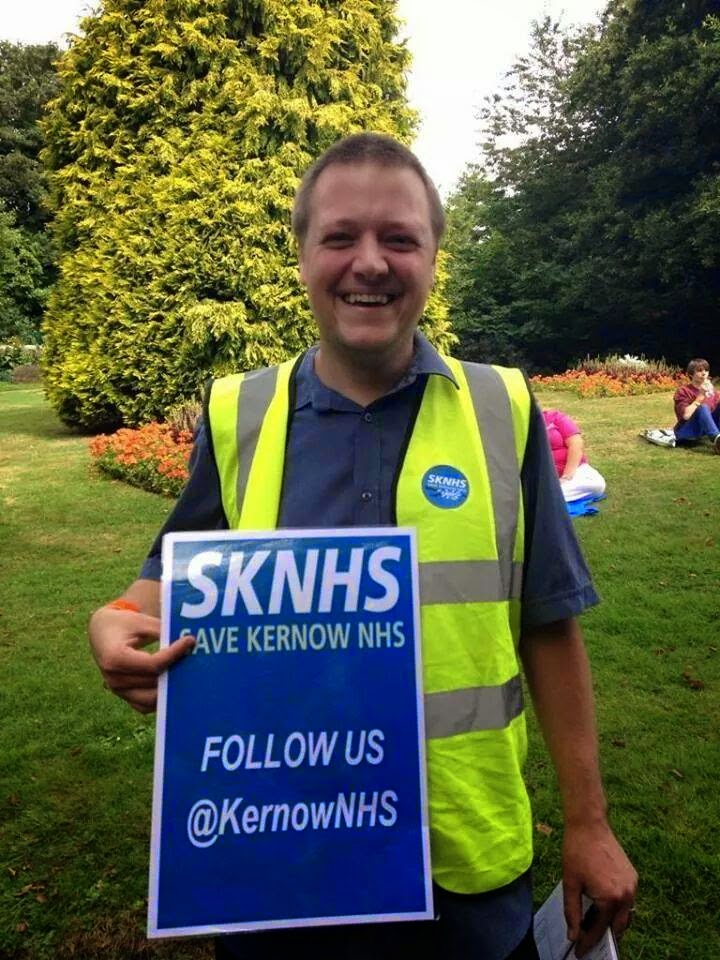 of Poltair and the continuing threat to services at West Cornwall Hospital and St Michael’s.

Leaving us here in the west, to travel further (at increased risk in emergencies) for health

We’ve seen in recent days the failings of Hinchbrooke, much revered as an example of public

sector profit making. As we’re all keenly aware in Cornwall, after the Serco out of hours debacle,

for profit often means cuts in service provision and an increased profit, privatisation does not

If I was elected as MP, I would lobby for fair funding for the Cornish NHS. To resist the push to

and local to the people. We need a health service as envisaged by it’s founders with care the top