Last night was the Penzance Town Council meeting that decided upon the future of Golowan. Now Golowan has a different future, to recap 7 weeks ago the festival was presumably going to be run under the auspices of the town council. 6 weeks ago the council decided to put the core functions of Golowan out to a private management company. Last night all this was rescinded and we now have a new future for Golowan.


Personally I found myself in broad agreement with the principles that were stated at friday's public meeting at the Ritz. Which were to quote from my earlier blog: "That the budget cuts were unacceptable. That the new organisation must be bound by the original aims of Golowan. That the town council and councillors continues to fully support the festival whatever happens in the future (i.e. not cut it loose). That setting up a new organisation would take too long and not be able to run the 2016 festival."

As I agreed with all of these I would've been delighted if last nights decision reflected all of those points. However it did not, but from from glass half full to glass half empty, the mayors recommendations as set out in the paperwork did not come into place. The incremental budget cuts of 5 thousand per year for Golowan were refused (plan was from the 15k this year to, 19,250 2016 and 14,250 2017 and 2018). There was no mention of the original aims of Golowan and there was no mention of Town Council support for the festival in the recommendations. It could have been much worse.

On the point of a new organisation being set up for next year this was not listened to. Apparently it was impossible in the time-frame for the Town Council to hire a director and getting everything set for next year. (Planning a large event involves a lot of paperwork and jumping through hoops, often months in advance.) It was voted that an interim organisation will be appointed to do this very task for next year and somehow be able to do what the council can not!! It was explained that public concerns about the time-frame were addressed and now the council has moved the dates for deciding and handing over to a new organisation from the 18th of November to the 25th of November. I don't think this did address the anxieties people have one bit.

The full motion passed by council is that:


This Council acknowledges the vital role the Golowan Festival plays both in life of the community we represent and the local economy.

The Council will continue to actively support Golowan and any future organisation that manages it.
The Council recognises the importance of Golowan's original charitable aims and will ensure any future management organisation will abide by these.
The Council believes a successful future for Golowan is most likely to be achieved through a not-for-profit community organisation.
Immediately after the conclusion of the 2016 festival, the Council will invite bids from as wide a range as possible of appropriate interested parties to take responsibility for Golowan from 2017.
For at least the first 3 years of operation, the successful bidder will receive financial support from the Council of 25,000 pounds per year.
The Council will facilitate the creation of a Golowan supporters group, on the model of the 'Friends of Penlee House' with the intention of providing a vehicle for consultation on and community engagement with the future of the Golowan Festival.
This Council acknowledges the importance of Golowan 2016 as a transitional year.
This Council recognises that an era of increased responsibilities for town councils requires a higher standard of adherence to administrative and financial regulations than has been the case and that therefore the Council cannot manage Golowan in the way it has done previously.
This Council will therefore appoint an appropriate community organisation to deliver to deliver the 2016 Golowan festival ONLY, according to the timetable laid out below.

2 November – Committee decision.
3 November – Firm expressions of interest to run the 2016 festival will be sought from the community. Advertised on Town Council’s website.
20 November – Submissions from Community Interest Companies (or equivalents) returned to Town Council office.
24 November – Chairs’ Committee meet to review the submissions, decision taken.
25 November – Successful company informed and transference to begin immediately, to enable an event notification notice to go from the successful company to Cornwall Council before Christmas. Followed by the first SAG meeting In January to present the event management plan to Cornwall Council.

So this is to be the future, quite what it all means remains to be seen.... 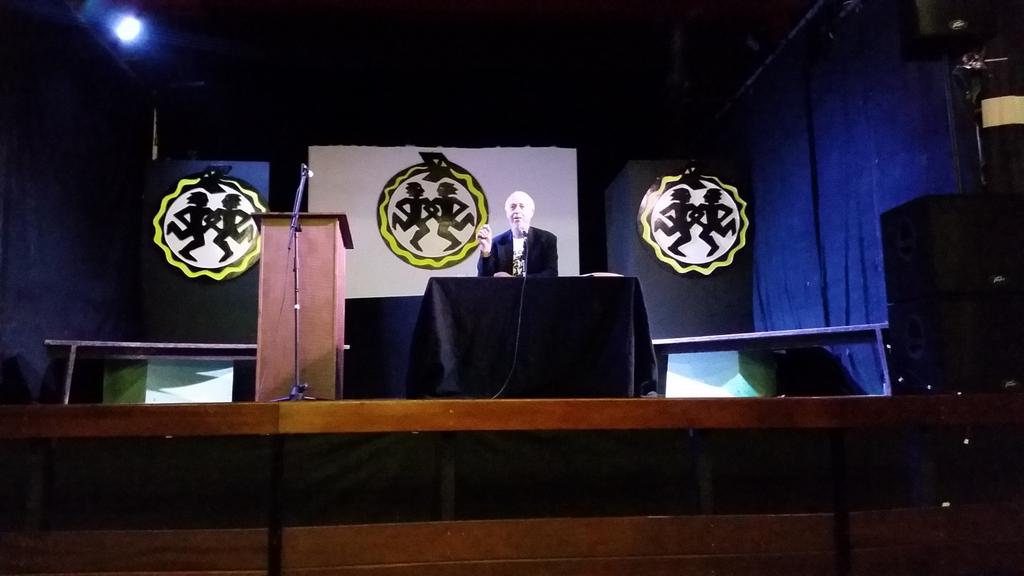