We'll have the good news first, Falmouth Coastguard will not be closed or downgraded to a daytime only role as the government had wanted. So congratulations to everyone who has lobbied and argued for Falmouth to maintain it's important position. It even looks as though the government may increase the importance of Falmouth and more than likely employ more staff to cover other closures, which brings me to the bad news....

Although there is much fanfare and sympathetic news reporting that the government has listened and done a u- turn, this is simply not true. Despite the consultation period not being over!?! they have announced, Coastguard stations to remain open will be Falmouth, Milford Haven, Holyhead, Belfast, Stornoway, Shetland, Aberdeen, Humber and London. To close are Swansea, Liverpool, Clyde, Forth, Yarmouth, Thames and Brixham. This is still a massive blow to maritime communities throughout these islands and Brixham currently provides cover for South East Cornwall, so this will effect Kernow. 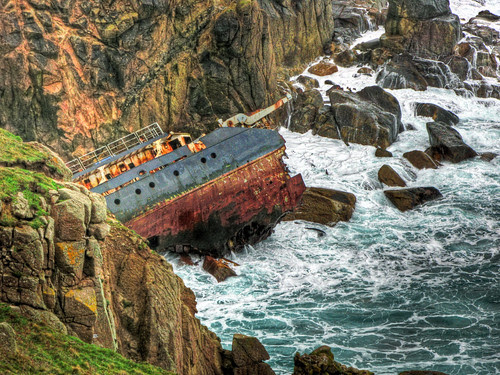 In a rare, unprecedented and exceptional move for this blog, I invite you to read the Conservative MP for South East Cornwall Sheryll Murray's blog on today's coastguard cuts, she makes some very astute points: Local MP calls Coastguard closures a ‘disaster’ and calls on Government to fulfil its promise to listen

If you have already signed the petition well done, if you haven't do it now: Save the UK Coastguard Centers
at July 14, 2011 No comments:

I am certainly not the first to blog about the Cornish submission to the UK government to be included in the Framework Convention  for the Protection of National Minorities, for example see The Cornish Republican: the 2nd Cornish national minority report and  An Helghyer: Recognition at last?. Both are good posts and well worth a read and I just have some comments to add and feel that I can't let something like this go unblogged.

Firstly and foremostly the submission is excellently put together, written and researched and well worth a read for those interested in Cornish history, Cornish identity and why the Cornish do represent a national minority. Here is the submission as a pdf: Cornish National Minority Report 2. It makes a compelling case that Cornish national identity is no more nor less valid than other national identities within the UK and ought to be recognised as such in the Framework Convention.

Secondly and I feel this is a very important point and hopefully a juncture in Cornish politics, the report is co-signed by the leader of Cornwall Council, Alec Robertson (Conservative leader), Doris Ansari (the then leader of the Cornish Liberal Democrats), John Wood (leader of independent Cornish councillors), Dick Cole (leader Mebyon Kernow) and Jude Robinson (leader Cornish Labour Party). So every political party that has been elected in Cornwall and all the party leaders on Cornwall Council have put their names to the report. This political unity is very encouraging and we are lucky in Cornwall that political parties of different ideas and ideologies can come together like this for the common good.

Please do read the Cornish National Minority Report 2 and share it with others, it's an important step for the recognition of Cornish identity and is a seminal moment in Cornish history. As with other campaigns lobbying is paramount and it doesn't take much to write to elected officials, it's very easy to contact them.
Use http://www.writetothem.com/ and enter your postcode to contact your MP and Councillor.
Use http://www.number10.gov.uk/contact-us/ to contact the Prime Minister
and http://www.dpm.cabinetoffice.gov.uk/content/contact-deputy-prime-minister to contact the Deputy Prime Minister.
at July 13, 2011 No comments:

Some news about Culdrose and Cornwall's search and rescue provision

It seems the UK government has given a reprieve to the UK Search and Rescue service, the privatisation has been halted and the Coastguard/ Royal Air Force/ Royal Navy will continue running the service for the meantime.

As anybody that lives in Cornwall will know the grey and red markings of the Royal Navy's search and rescue Sea Kings is an ubiquitous sight around the Duchy. 771 squadron stand ready 24 hours a day to rescue people at distress on the high seas off the Cornish coast and at times 200+ miles away, they also have rescued people in trouble on cliffs and aided the Cornish Air Ambulance when otherwise engaged. The helicopters are particularly important for the people on the Isles of Scilly as in an emergency it is the quickest way of getting a serious casualty or woman in labour from Scilly to Treliske hospital (the air ambulance lacks the range and night time capability for the Isles of Scilly). My point is that the helicopters are a vital service for the whole of Cornwall and Scilly, whether it be fishermen or tourists. The bravery, tenacity and importance of the helicopter crews from RNAS Culdrose is without question.
It was the plan of the Labour government to privatise all of the search and rescue capability, however this plan went awry when the preferred bidder Soteria had access to sensitive information about the bid leaked from the MOD. Ever since coastal communities have been in limbo waiting for the government to announce the future of the vital emergency service. Showing all the leadership and foresight of the Coastguard Station and the Emergency Tug fiascoes (for background see Save our Coastguard Station, Coastguard Emergency Towing Vessels No Risk Assessment) Philip Hammond Transport Secretary has dithered and dallied and now taken the step of announcing that the current providers will continue to run the service! Probably the first and last time that the status quo will be the focus of one of my blogs. This is a far from acceptable situation, coastal communities in Cornwall and beyond need assurances to the future of this service, not open mouthed head scratching. We all know that this coalition is good at saving money and slashing services, but it's about time they realised that running a government is about providing services and leadership too.
at July 12, 2011 No comments: