Got passed a Tim Dwelly leaflet from a Mebyon Kernow member in Treneere, much like the other Westminster parties they are focussing on scaremongering and dodgy bar charts to get votes. The same old us or them there's no alternative, if you don't vote for us someone worse will get in. Here's the bar chart taken from their facebook page. 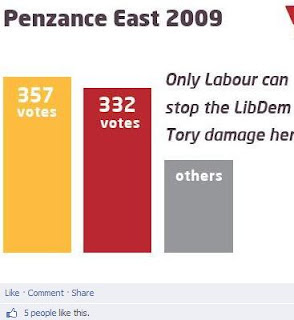 What the 5 people that like the photo probably don't know, is the maths is dodgy. I'm not surprised this comes from the party that thinks Cornwall Council can afford to massively increase the CEO's salary cap by an eye watering £95,000!

Here's what the actual bar chart would look like, based on the same results, source here, with the others all lumped together as Labour claimed to have done. 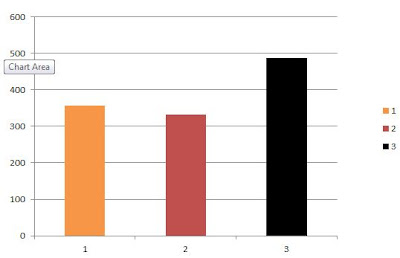 The full bar chart with everyone's vote in 2009 looks like this. 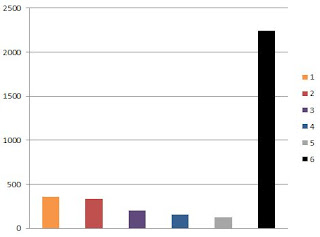 In the present Cornwall Council election, the candidates are Lib Dem Ruth Lewarne, Labour Tim Dwelly, UKIP Mick Faulkner, Conservative Angela Elliott, Green Michelle Paine and myself Rob Simmons for Mebyon Kernow. So the line up is vastly different, nearly all the candidates are different. Local politics is about personalities, who will the voters like the most? Where will the independent vote go to for example? Will the same people that voted for John Payne vote for Tim Dwelly? (Ex councilor John left Labour after 43 years, citing the parties shift to the 'neo right'.) Will UKIP surge in 2013? How will Greens and MK do in their first outings in the division? How did Mebyon Kernow supporters vote in 2009? or Green supporters? Will the vast majority go to the polls this time and who will they vote for? Will some of them be offered the choice they weren't in 2009?

Adding to this uncertainty is the fact that the boundaries of the ward have changed. Significant parts of Penzance Central have now joined Penzance East. In the 2009 poll Labour came fourth behind the Lib Dems, Tories and UKIP there and MK did not stand. Which doesn't indicate that change favours Labour's chances.

I'm not saying that any of the parties can't win in Penzance East, I'm not saying it's a straight fight between anyone, because the fact is it isn't. The truth is anyone could win this division, the only consistent variable between this election and the last is Ruth Lewarne and that was won on different boundaries. I have more confidence I can win after speaking to voters than I did before I started, I've listened to people and a lot want change and are tired of the same old politics. I've spoke to a lot of people that like me and want to vote for me as an individual.

Don't let Labour and the Liberal Democrats convince you with dodgy bar charts and selective evidence, that you have no choice in Penzance East in this election, that you have to vote for them. Whoever you vote for, support someone you'd like to represent you on Cornwall Council and from a party you can trust. And please get out and vote on May the second.

Email ThisBlogThis!Share to TwitterShare to FacebookShare to Pinterest
Labels: democracy is about choice not bar charts, Penzance East, vote for me I can use excel properly