Cornwall stands to be further marginalised by a Labour government

The subject of devolution is never far from the political agenda in UK politics. It's something all parties talk about. We've seen in the last month the Lib Dems make a Cornish Assembly policy and the Conservative party talk vaguely around the idea of more powers for Cornwall.  Now it seems Labour's turn to yak on about shifting power from Whitehall outwards but ignoring Cornwall (again).
Ed Miliband was in the news today, promising regional ministers. In the eventuality Labour form a government in 2015 there will be a South West minister. Shelving my cynicism of fictional ministers promised before elections. We might fear that again Cornwall will be ruled from afar. With Cornish regeneration money funding offices and workers to administer our money from Plymouth, Exeter and Bristol. But a Labour shadow minister tells us things will be different:
“Regional ministers would not be a replica of what came before, but rather would be complementary to our agenda to devolve more power to city-regions.”
Quite how this is different or of any benefit to Cornwall is at best dubious. Quite how this is different to the coalition's city deals is again unclear.
When will the political classses realise that the answer to the centralisation and dominance of London is not making mini Londons?
What does Cornwall have to do to get noticed?
Or does Labour have some unannounced prejudice for Cornwall not having more political power and jobs? 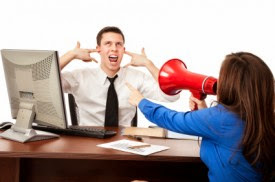