Recently Mark Garnier, a Tory MP gave a speech to the Institute for Economic Affairs. He told the think tank:

"This massive argument that is going on about what is going to happen to tax rates for entrepreneurs and risk takers, who are in many cases mortgaging their houses several times over in order to create jobs and create economic activity, we need to be giving a much clearer message to them.

He continued:
"That they don't have to worry about politicians mucking around with tax rates in order to try to attract a few dog end voters in outlying regions of the country." 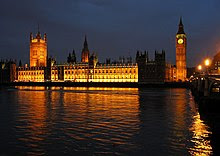 You have to wonder how pervasive this attitude is in Westminster, with our only major hospital in a terrible situation, no alternatives put forward to our vulnerable rail line at Dawlish and what should be a crisis for government -but blatantly isn't- the poor performing Cornish economy and the terrible state of wages in Cornwall.

I believe this is a very telling insight into how politicians view Cornwall and it must be said other outlying regions. There is a real risk that politicians won't be challenged on this apathy to Cornwall and the same old faces from the Conservative and Liberal Democrat parties will be re-elected in May and business will carry on as usual, with Cornwall's votes counted and attentions swiftly turned elsewhere.

What people need to do is send a clear message to Westminster that we have had enough, this will not be done by rewarding the failures of the coalition government and re-elected coalition politicians. It will be done by voting Mebyon Kernow- the Party for Cornwall and demonstrating to the powers that be that Cornish people have had enough of being viewed as dog end voters worth less than tax stability.

You may have heard the name of Mark Garnier before, he was/is the MP that wants to destroy the historic art studios in Newlyn and build new houses to be sold off.
at February 25, 2015