A step closer to a Breakwater for Penzance?

It's certainly not new news that a breakwater in Mount's Bay is widely desired. Personally I think it's long overdue and I hope the winter will not again prove that the sea defences of the town are inadequate. Regular readers will remember my posts on the subject earlier this year. Thankfully this is one of those issues that looks to pass from the realms of press releases to reality (or nearer to it).

At Monday's Penzance Town Council meeting it will be put to the councillors that a feasibility study is needed to investigate options. That with the backing of the town council and crucially a £10,000 contribution, the Department for Transport could find the rest of the £100,000 cost. Quite why Cornwall Council as owners of the harbour and promenade are not involved is puzzling to say the least.

A breakwater would be a small step in the right direction. Perhaps the much fancied ideas about rejuvenating the harbour and prom might, with a breakwater come into fruition. After consistent lobbying and making arguments parts of the Penzance Harbour Users Association plans look to take shape.

But we nevertheless must be cautious. A £10,000 payment by the town council can't be taken lightly, it is a lot of money. We might doubt that the feasibility study will not be used and sit collecting dust. There's enough studies, consultant reports and plans on Penzance seafront to fill a small library. I'm not arguing that we ought not try, this is indeed the perfect time, but we should be wary and realise the enormity of the task before us.

The feasibility study will (or might) be the first step toward a sustainable future for the seafront a place protected and worth investing in. It will take further work convincing the government to part with the money, but there's an election coming up folks lobby those standing for election and hold them to their promises.

I hope the vote will go the right way on monday and we can look to build a brighter future. 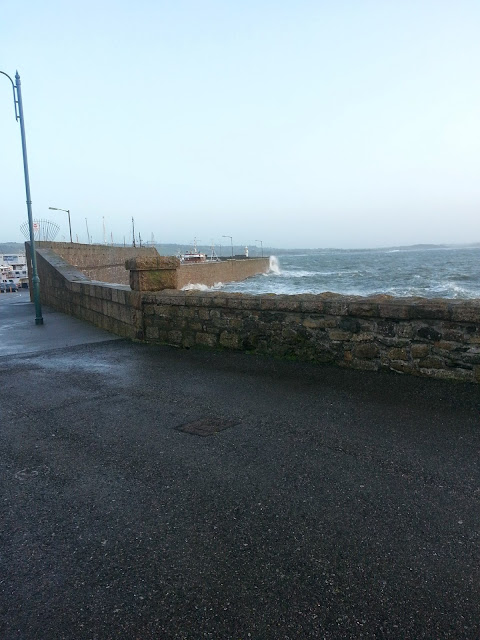