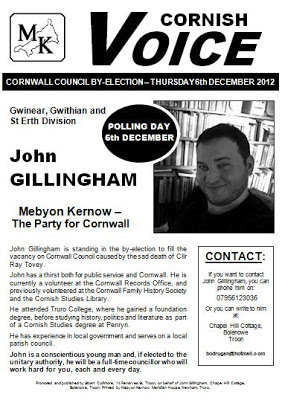 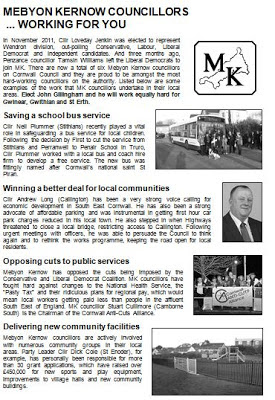 I wish John Gillingham the best of luck at the polls on thursday, I think he has every chance of winning and he should be proud of the campaign he has run. If you live in the are and you're interested in voting for John - please do :) - or want to learn more about what he stands for and how he stack up against the other candidates in the by election. There's a transcript of the election debate between all the candidates held last thursday in Gwinear here.
By Rob Simmons . at December 04, 2012