Council tax: I am Spartacus! but not brave just forgetful

I should probably be putting the boot in to Cornwall Councillors from other parties on this but no... 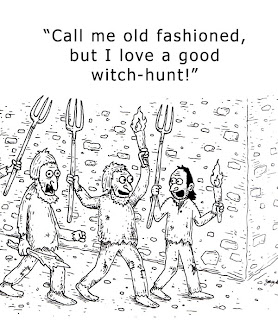 I have read with interest the growing story about Cornwall Councillors who have been late paying council tax bills. The Packet broke the story after a FOI request, 17 councillors have received one reminder and 14 of these have received a second reminder and 1 has been threatened with court action. Various stories from the Packet here and here, Graham Smith got in on the action http://www.bbc.co.uk/blogs/grahamsmith/2011/08/own_up_now_before_youre_named.html , as the url suggests imploring councillors to come forward before they found out by other means. I understand the logic that those who sit on an authority should lead by example and pay their bills on time but I can't help disagreeing.

We live in a society where everyone pays bills late, companies pay suppliers at the last possible opportunity. Anybody due a rebate from Revenue and Customs will know this is not an exactly swift process. I am often late paying my council tax,  I imagine a large number of rate payers in Cornwall have paid bills late and I am not exactly sure this is illegal. As far as I am concerned if you settle your bill in the end, it doesn't really matter.

What also concerns me is not only the issue and whether we should vilify councillors? but why this attention?Yesterday train fares went up 8% and Cornwall Council wants to reduce bus subsidies, food banks in Cornwall are reporting they can't cope with demand and the council have cut their budget for helping homeless people. There's a lot of great stories such as these that need talking about and that Cornish society needs to address, such as the cost of public transport and homelessness. There is a real culture throughout the UK media of focussing upon FOI requests and their results. Journalists keen to find the next wasteful council or civil service exec who flies first class or hospital who buys expensive bread. Don't get me wrong we need to address opulence by the civil service elites, but when did everything become about money? Am I the only one who wants to talk about principles? I believe the media should hold the powers that be to account, but not as accountants, let's talk about policy.

For the record the 2 councillors who have come forward are Ann Kerridge (Lib Dem Bodmin) she gave a statment on Graham Smith's blog titled he who is without sin cast the first stone, (I take from that Graham always pays his bills on time)
And Andrew Wallis (Indy, Helston South/ Porthleven) whose blog is here: transparency begins with oneself
By Rob Simmons . at August 17, 2011