Ten days ago I wrote on the Liberal Democrat's and a Cornish Assembly . Since then the Cities Minister (urban-centric much?)Greg Clark has come out and said that Cornwall might indeed get devolution, as the Western Morning News title suggests: Minister signals appetite for Cornwall devolution deal. My original thought was to think the same as I did with the Liberal Democrats, in short why now and not before, nearly 4 years of coalition government and nothing so far.

But I thought I'd look into it some more and find out what the Conservative Minister actually wanted. But the details are hard to nail down, as Stephen Richardson wrote of the Lib Dems approach. Both parties have vague pronouncements, despite both being in government, having a small fortune to develop policies and of course armies of bureaucrats to do their bidding, no firm details, no consultation barely a couple of paragraphs of press statements. Unlike Mebyon Kernow with a tiny budget in comparison and no taxpayer paid help to call upon, yet we've developed a comprehensive document at the outset of a consultation process. 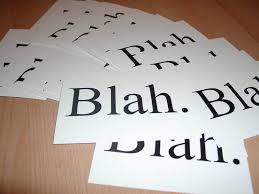 I've digressed slightly so I got to looking for Greg Clark and what he thought and I stumbled upon this statement:

"Greg Clark, the minister charged with stripping Whitehall of responsibilities, insists the region will not miss out from "the biggest transfer of power" in a generation."

Which is a statement any one but the staunchest of centralists would welcome. It continues:

"Asked by the Western Morning News whether a Cornish Assembly could result from the Act, Mr Clark said: "The direction we are going is to get powers out of Whitehall and into local communities, wherever they are. Although this part of the Act was drafted in conjunction with the leaders of the core cities group, in fact it applies to everybody."

This guys on our side, but before you all rip up your Mebyon Kernow membership cards and join the Tories. This statement was released in 2011, from a WMN article titled: Localism bill could open the door to Cornish Devolution. So far I don't think the doors been unlocked nor the handle turned let alone the door opening. Three long years for anything, there's a clear pattern of periodic press releases. Perhaps the first was David Cameron in November 2010:

"I think Cornish national identity is very powerful- people feel a great affinity with Cornwall. We're going to devolve a lot of power to Cornwall"

As I said with the Lib Dems I'd love to be wrong, I'd love for Cornwall to get some meaningful devolution to a Cornish Assembly. But there seems little appetite with any of the Westminster parties to make this happen. They know it's a good thing to say, so they say it. But I fear that if any of them truly wanted to give powers to Cornwall they'd have done it already, or a bill would be passing through parliament or something would be happening fact is it's not. Look out for a few similar press releases from the Conservatives and the Liberal Democrats in the run up to the Euro elections, perhaps one around the end of the year so people don't forget and an increasing frequency up to the polls in 2015.