Fair funding for Cornwall, an insight into Cornish democracy?

On the 27th of July 2010, at a full meeting of Cornwall Council Mebyon Kernow councillors Dick Cole and Stuart Cullimore, proposed and seconded respectively a motion for fairer funding of Cornwall. The vote was passed and so accepted by the council, quoting from the minutes on http://democracy.cornwall.gov.uk/ (Agenda no 15.2 pages 19/20)

RESOLVED that Cornwall Council :
(a) Notes that hospitals, schools and vital public  services in Cornwall
receive less funding than other parts of the United Kingdom;
(b) Notes that public sector cuts will have an especially adverse impact on
Cornwall, if we continue to receive less than our fair share of government
expenditure in the first instance;
(c) Writes to the new Coalition Government to seek  a Commission to
investigate the full extent of the underfunding of Cornwall, similar to the
recent Holtham Commission in Wales;
(d) Agrees to produce a briefing document, outlining our broad concerns
about the underfunding of Cornwall, which can also  be forwarded to
central government; and
(e) Notes the action of the 6 Cornish MPs resulting in Andrew George MP’s
adjournment debate, and agrees to support our MPs in lobbying for fairer
funding for Cornwall in support of (i) the 2011/2012 financial settlement;
and (ii) the revision of Local Government finance, recently announced by
the Coalition Government. 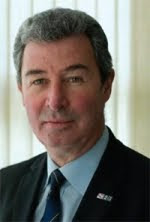 It should be noted that the Conservative leader of the council Alec Robertson, sought to remove reference to the commission, as the minutes explain:

Part (e) of the recommendation was an addition to the original
motion in recognition of the Leader’s suggestion that it replace part (c).
However, it was considered it should be an additional element
of the motion to further strengthen its intent;

So it occurred to me a while back that no information had been forthcoming about this motion, so it got me to wondering what had Cornwall Council actually done over the last year about this? were they busy organising a commission with the coalition government? Might we expect fair funding of our services in Cornwall? So I thought I would fire off a Freedom of Information request to Cornwall Council, I worded it as such:


On the 27th July 2010 Cornish councillors voted for the council to
both lobby central government and write to them requesting a
commission to investigate the issue of fair funding for Cornwall
and specifically how much Cornish public services were underfunded.
Could you please provide all correspondence, file records,
telephone notes and any communication sent/ received from Cornwall
Council with relevant government departments, from the 17th June
last year to the present day (todays date 22/08/2011)in relation to
fair funding and the proposed commission.

I have had an answer the sum amount of correspondence forwarded to me by Cornwall Council is two letters, one dated the 6th of October 2010 14th of January 2011, the former addressed to the Secretary of State and the latter to Eric Pickles. It must be stated at this point that Cornwall Council have a terrible habit of replying wrongly to FOI requests, so this might not be the total correspondence between Cornwall Council and relevant departments. Both letters are very instructive into the situation Cornwall Council faces and some of the problems of our geography and status as a unitary authority. What does stick out is they make no reference to the motion passed by a majority of Cornwall councillors on the 27th of June last year. The words fair funding are not mentioned once (and surprise surprise?) the commission proposed by Mebyon Kernow and voted for by councillors from every party against the wishes of Cornwall Council leadership  not mentioned once. Also too there is no replies from central government.


I have updated the request to ascertain whether the Council has indeed lobbied the government on this issue and requested a commission to investigate Cornish funding from central government. Any replies that are forthcoming I will blog about. Please feel free to chip in any comments on this subject, especially if you know whether it is legal for the council to democratically adopt policy and then not act on it....


The full FOI request is available here, including the replies and the letters sent to govt attached to the CC reply: correspondence on fair funding.